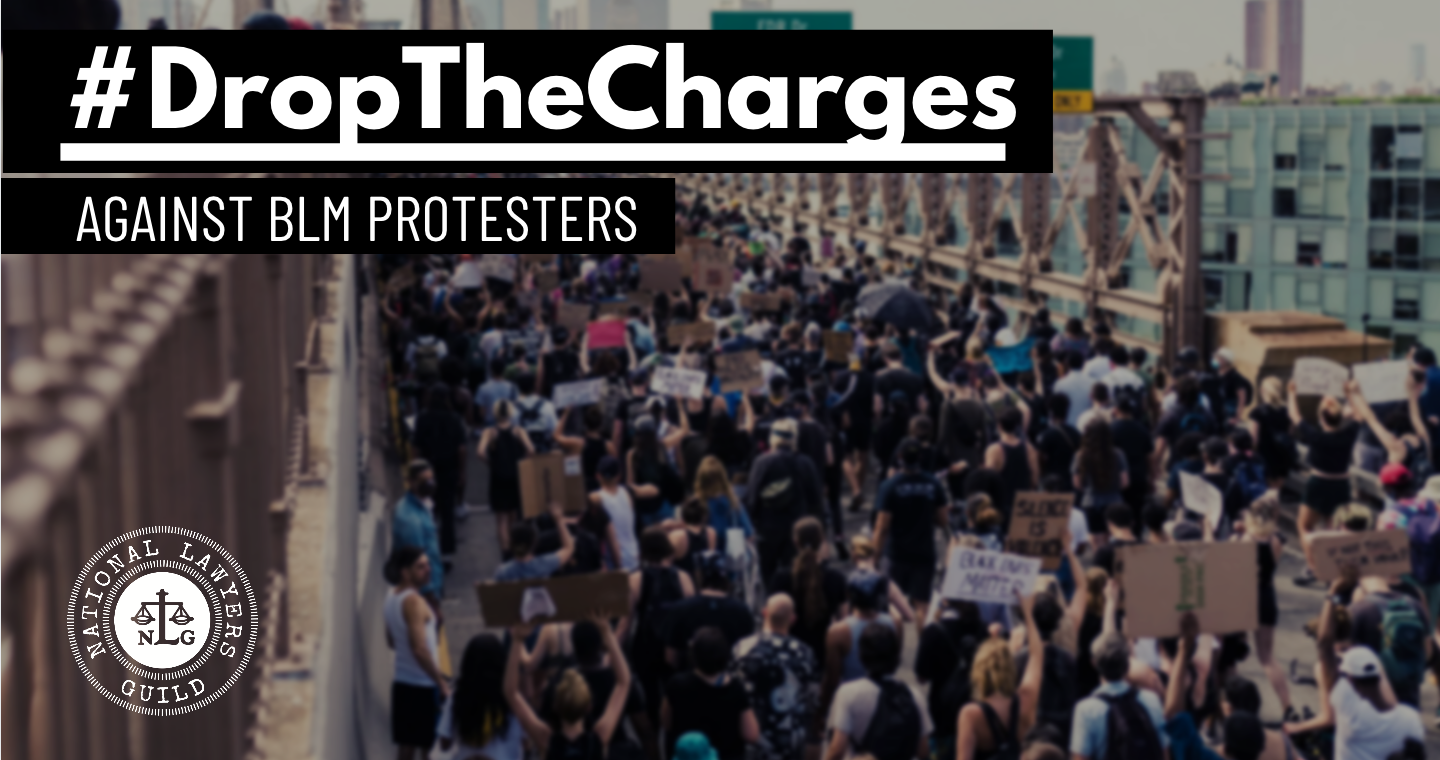 The National Lawyers Guild (NLG) demands that charges against demonstrators who participated in the 2020 Black Lives Matter protests be dropped immediately. During last spring and summer’s protests against police violence, more than 10,000 people were arrested and many are still facing legal consequences. Many legal experts have said that these cases are nothing more than an overreach on the part of the Department of Justice under former President Donald Trump, and should never have been filed in federal court. As such, the NLG is launching a petition requesting that President Joe Biden, Vice President Kamala Harris, and Attorney General Merrick Garland drop the charges against these protesters as a step toward condemning white supremacy and federal repression.

While the NLG does not believe that substantial, systemic change can happen through existing channels of power, we also believe that people exercising their right to protest deserve to do so without facing lawsuits. The Trump administration made blatant attempts to silence and punish leftist and progressive movements, and the Biden administration has the power and duty to mitigate these harms.

We urge our members, affiliates, supporters, and anyone else who believes in racial justice to sign the following letters to Biden, Harris, and Garland. Once signatures have been collected, these letters—written by NLG Chicago Mass Defense Committee members Matthew McLaughlin and Sharlyn Grace, in collaboration with the national Mass Defense Steering Committee—will be sent to the Biden administration.

Please join us in our call to #DropTheCharges by signing the petition at bit.ly/DropTheChargesBLM and helping us spread the word on social media!

Below are some active local petitions we’ve compiled related to specific arrests in various localities. Please consider supporting them as well!