PSI looks at all programming through the lens of gender, including the impact that violence has on access to health services.

Add to Favorites
Share this nonprofit
Category: Disease Tags: DC, The Life You Can Save, WASHINGTON

PSI’s commitments aim to serve and partner with diverse young people from 10-24 years, and we have prioritized ethics and integrity in our approach.

Its world headquarters are in Washington, D.C. and its European offices are in Amsterdam. The organization employs more than 250 U.S. staff, more than 150 overseas expatriate staff and 8,000 local PSI affiliate staff. Major donors include the governments of the United States, United Kingdom, Germany and the Netherlands; the Global Fund, United Nations agencies, private foundations, corporations and individuals. It is a member of the U.S. Global Leadership Coalition, a Washington D.C.-based coalition of over 400 major companies and NGOs that advocates for a larger International Affairs Budget, which funds American diplomatic and development efforts abroad.[5] 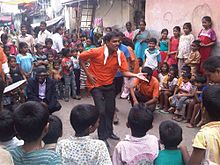 Street theater, as seen during a GiveWell visit to PSI in the Dharavi slum of Mumbai, India, August–November 2010. PSI increases awareness about safe sex and a program focused on clean water.[6]

The board of directors includes

PSI works with celebrity ambassadors to raise awareness about the organizations work. Ambassadors have joined PSI staff on international trips to gain a better understanding of PSI's work, testified before Congress to promote increased funding of global health programs, and taken part in many conferences and forums to enhance PSI's visibility. As of 2017, PSI has three celebrity ambassadors including; Ashley Judd, Mandy Moore, and Debra Messing.[7]

PSI is one of a select group of charities endorsed by noted philosopher and Princeton Professor Peter Singer as Highly Effective in the fight against extreme poverty.

Charity evaluator GiveWell first reviewed PSI in 2007,[8] then again in 2009[9] and then again in 2011.[10] Initially, GiveWell recommended PSI as one of its top charities.[11] However, in its most recent review, GiveWell states that "The evidence we have seen does not clearly show that PSI has the impact it intends" while at the same time praising PSI for "(a) focusing on programs with proven impact and (b) monitoring whether these programs are implemented effectively."

In 2007 and 2008 PSI was highlighted by Fast Company[12] as a Top Social Capitalist, noting the organization's private sector partnerships with Procter & Gamble and others.