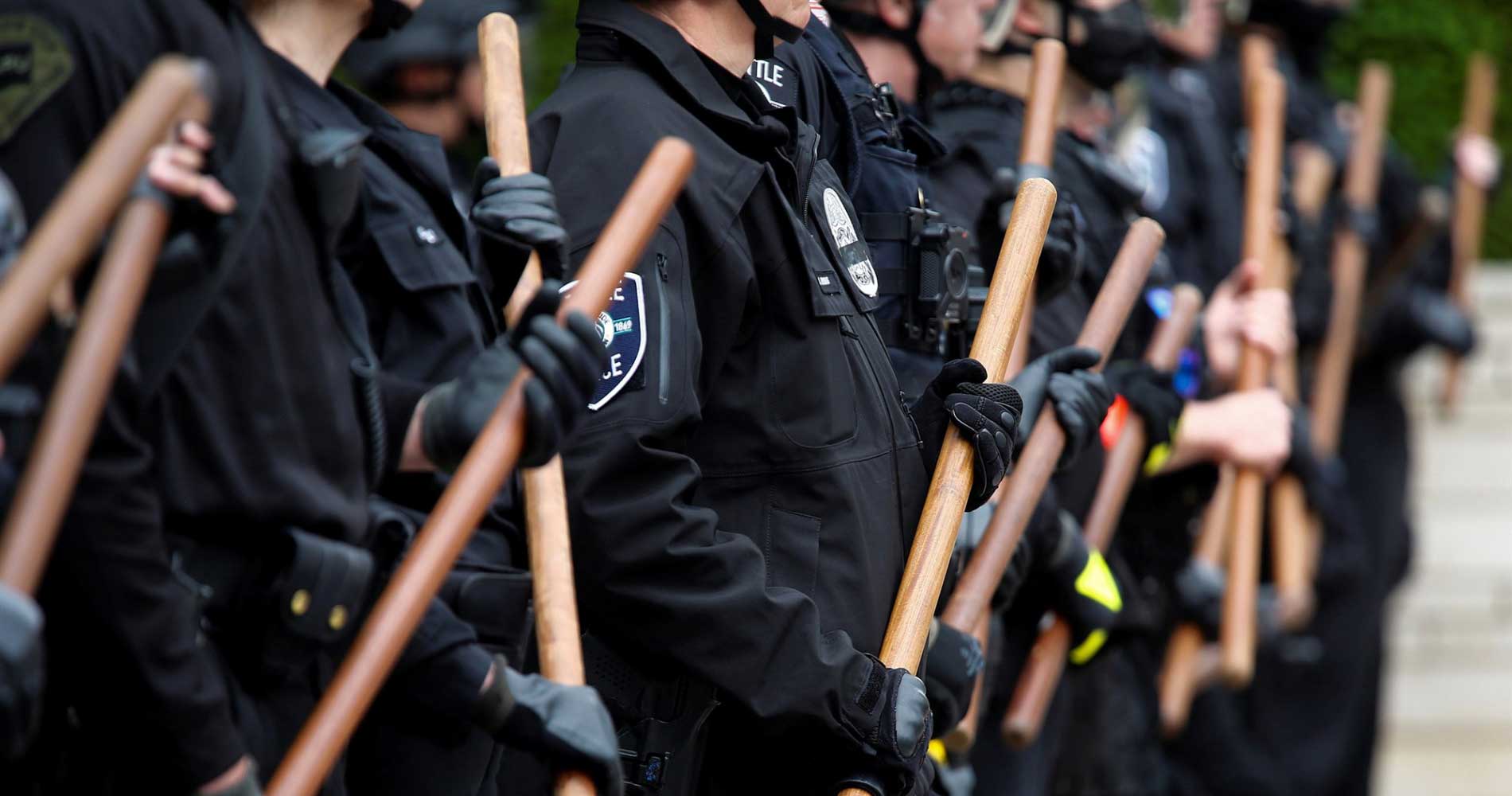 The New Mexico House of Representatives approved a bill this week that would permit people to sue police officers and other government officials for violating their rights under the state constitution—without requiring them to overcome the obstacle of qualified immunity.

Qualified immunity is a court-created rule that limits victims of police violence and misconduct from holding officers accountable when they violate a person’s constitutional rights.

The doctrine lets police brutality go unpunished by providing that a police officer cannot even be put on trial unless the person suing shows the conduct was unlawful and can point to a prior court case with nearly identical facts that says the police actions were illegal.

Based on recommendations from a state civil rights commission established last summer by the state legislature and Gov. Michelle Lujan Grisham, the New Mexico Civil Rights Act specifies that “the defense of qualified immunity” does not apply. That means lawsuits against police officers could go forward even if there is no previous case with nearly identical facts.

The bill would make it possible for more victims of police abuse to obtain compensation, experts told Reason. And it’s possible that allowing more cases and trials could change officers’ behavior by bringing abusive policies and practices to light. The bill authorizes damages up to $2 million for “deprivation of any rights, privileges or immunities pursuant to the bill of rights of the constitution of New Mexico.”

If the bill passes the state Senate and is signed by Gov. Grisham, New Mexico would become the third state to limit or abolish qualified immunity since protests against police brutality erupted worldwide in the wake of the police killing of George Floyd last May.

Colorado passed a police reform package in June that ended qualified immunity for police officers who are sued for violating people’s rights or failing to intervene when they see another officer violating a person’s rights.

In August, Connecticut passed a weaker bill that limits qualified immunity to officers who “had an objectively good faith belief that [their] conduct did not violate the law”—a vague exception that critics argue could swallow the rule.

Unlike the New Mexico bill, which applies to all government officials, the Colorado and Connecticut laws apply only to police officers.