The word unbanked is an umbrella term used to describe individuals who do not use banks or credit unions for their financial transactions. They have neither a checking nor savings account.

Some consumers are unbanked for a variety of reasons. These include: a poor credit history or outstanding issue from a prior banking relationship, a lack of understanding about the U.S. banking system, a negative prior experience with a bank, language barriers, a lack of appropriate identification needed to open a bank account or living paycheck to paycheck due to limited and unstable income.

Historically high poverty rates, coupled with unemployment and systemic racism against American Indian and Alaska Native populations, have barricaded access to financial capital and credit. Long distances between reservations to ATMs and banks or limited access to the internet can also hinder in person and online banking experiences for Native people.

According to a 2017 report from Native Nations Institute, the average distance from the center of a reservation to the nearest bank is 12.2 miles with an average distance of 6.9 miles to the nearest ATM. The national average to a bank is under 4 miles. Although physical accessibility to banks and ATMs has improved for many communities since 2001, broadband connectivity to high speed internet still remains low for tribal land residents.

According to research from Iowa State University, individuals who grow up in “financial deserts” or areas with no or few financial institutions, are 20 percent less likely to have a credit report, have 7 to 10 point lower credit scores and 2 to 4 percent higher delinquency rates. The overall effect on their credit score is akin to the impact of reducing annual income by $6,000.

Underbanked consumers have either a checking or savings account, but also rely on alternative financial services. The FDIC estimates that the underbanked population includes about 43 million adults and 21 million households. These households use non-bank money orders or non-bank check-cashing services, payday loan institutions, rent-to-own agreements or pawn shops on a regular basis. Blacks, Hispanics and Native Americans are the most likely Americans to be underbanked.

There are 30 American Indian and Alaska Native banks and credit unions in the U.S. working to address these concerns by providing much needed financial assistance to Native communities that have been largely ignored by traditional banks. By offering safe, affordable accounts to Native consumers, banks can grow their customer base and foster or bolster relationships with tribal nations and tribally-owned businesses. 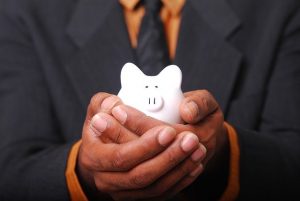 Native American Bank is the only national Native-owned community development bank majority owned by tribal interests in the country. The bank was created in 2001 when 12 founding tribes, including members from the Navajo Nation, the Blackfleet Nation and Alaska Native communities, rallied together to overcome historic economic, cultural and institutional hurdles to capital access.

Of the 17 American Indian and Alaska Native-owned banks, all have 51 percent or more of their voting stock owned by American Indian and Alaska Native individuals. Although they are small in number, many Native-owned financial institutions are the result of tribes and tribal members building their own banks and credit unions to serve the needs of their local communities. As such, these institutions provide a critical lifeline to traditionally underbanked Native communities.