Mozilla Foundation improves and protects the Internet as a public commons by working with thousands of volunteers to keep the Internet a universal platform and promote continued innovation.

We are constantly working and reworking to build the best possible resource for a healthy open internet.

The direct work of the Mozilla Foundation focuses on fueling the movement for a healthy internet. We do this by supporting a diverse group of fellows working on key internet issues, connecting open Internet leaders at events like MozFest, publishing critical research in the Internet Health Report, and rallying citizens around advocacy issues that connect the wellbeing of the Internet directly to everyday life.

The Foundation is also the sole shareholder in the Mozilla Corporation, the maker of Firefox and other open source tools. Mozilla Corporation functions as a self-sustaining social enterprise – money earned through its products is reinvested into the organization.The internet is a global public resource that must remain open and accessible

Mozilla Corporation, a wholly owned subsidiary of the Foundation, makes consumer Internet products that advance the same values outlined in the Mozilla Manifesto.

Firefox, our flagship product, gives increased choice, privacy and security to 100s of millions of people around the world. Product exploration initiatives like our ‘connected devices’ program aim to bring more mainstream products with Mozilla values into the world. Technology initiatives like Rust and Mozilla’s online game center aim to spread new thinking about open technology across the whole of the Internet industry.

The real power behind Mozilla is a global community of 10,000s of volunteers, allies and partners. Members of the Mozilla community participate by doing everything from contributing code to Firefox and teaching digital literacy to translating our software, organizing advocacy campaigns and writing the world’s most referenced web developer site.

The Mozilla Foundation (stylized as moz://a) is an American non-profit organization that exists to support and collectively lead the open source Mozilla project. Founded in July 2003, the organization sets the policies that govern development, operates key infrastructure and controls Mozilla trademarks and copyrights. It owns a taxable subsidiary: the Mozilla Corporation, which employs many Mozilla developers and coordinates releases of the Mozilla Firefox web browser and Mozilla Thunderbird email client. The Mozilla Foundation was founded by the Netscape-affiliated Mozilla Organization. The organization is currently based in the Silicon Valley city of Mountain View, California, United States. 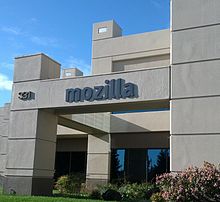 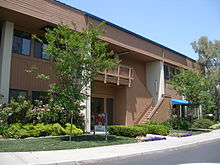 On February 23, 1998, Netscape created the Mozilla Organization to co-ordinate the development of the Mozilla Application Suite.[5][6] When AOL (Netscape's parent) drastically scaled back its involvement with Mozilla Organization, the Mozilla Foundation was launched on July 15, 2003, to ensure Mozilla could survive without Netscape. AOL assisted in the initial creation of the Mozilla Foundation, transferring hardware and intellectual property to the organization, employed a three-person team for the first three months of its existence to help with the transition, and donated $2 million to the Foundation over two years.[7]

Initially, the remit of the Mozilla Foundation grew to become much wider than that of mozilla.org, with the organization taking on many tasks that were traditionally left to Netscape and other vendors of Mozilla technology. As part of a wider move to target end-users, the foundation made deals with commercial companies to sell CDs containing Mozilla software and provide telephone support. In both cases, the group chose the same suppliers as Netscape for these services. The Mozilla Foundation also became more assertive over its intellectual property, with policies put in place for the use of Mozilla trademarks and logos. New projects such as marketing were also started.

On August 3, 2005, the Mozilla Foundation announced the creation of Mozilla Corporation, described as "a taxable subsidiary that serves the non-profit, public benefit goals of its parent, the Mozilla Foundation, and that will be responsible for product development, marketing and distribution of Mozilla products."[8] It also handles relationships with businesses, many of which generate income. Unlike the Mozilla Foundation, the Mozilla Corporation is a tax-paying entity, which gives it much greater freedom in the revenue and business activities it can pursue. From 2004 to 2014, the majority of revenue came from a deal with Google, which was the default search engine in the Firefox web browser. In November 2014, Mozilla signed a five-year partnership with Yahoo,[9] making Yahoo! Search the default search engine for Firefox in the US. Yandex Search is the default for Firefox in Russia and Baidu continues its role as the default in China.

In November 2017, Mozilla terminated its agreement with Yahoo two years earlier than planned. While numerous factors were attributed to the decision to terminate the agreement, including some mention that Mozilla saw declining revenues related to the switch, likely the impetus was related to the recent acquisition of Yahoo by Verizon and Oath. Per Mozilla Chief Business and Legal Officer Denelle Dixon, "We exercised our contractual right to terminate our agreement with Yahoo! based on a number of factors including doing what's best for our brand, our effort to provide quality web search, and the broader content experience for our users. We believe there are opportunities to work with Oath and Verizon outside of search."[10] After the termination, Mozilla once again made Google the default search engine for Firefox in the US.

On January 28, 2020, the Mozilla Foundation announced that the Thunderbird project would henceforth be operating from a new wholly owned subsidiary, MZLA Technologies Corporation, in order to explore offering products and services that were not previously possible and to collect revenue through partnerships and non-charitable donations.[12]

The Mozilla Foundation is funded by donations and 2% of annual net revenues from the Mozilla Corporation, amounting to over US$8.3 million in 2016.[13]

Initial funding in 2003 came from AOL, which donated US$2 million, and from Mitch Kapor who donated US$300,000.[14] The group has tax-exempt status under section 501(c)(3) of the U.S. tax code, though the Mozilla Corporation subsidiary is taxable.

In 2006, the Mozilla Foundation received US$66.8 million in revenues, of which US$61.5 million is attributed to "search royalties" from Google.[15]

From 2004 to 2014, the foundation had a deal with Google to make Google Search the default in the Firefox browser search bar and hence send it search referrals; a Firefox themed Google search site was also made the default home page of Firefox. The original contract expired in November 2006. However, Google renewed the contract until November 2008 and again through 2011.[16] On December 20, 2011, Mozilla announced that the contract was once again renewed for at least three years to November 2014, at three times the amount previously paid, or nearly US$300 million annually.[17][18] Approximately 90% of Mozilla's royalties revenue for 2014 was derived from this contract.[19]

In November 2014, Mozilla signed a five-year partnership (effective December 2014) with Yahoo!, making Yahoo! Search the default search engine for Firefox in North America. This partnership came with an annual price tag of US$375 million to be paid by Yahoo! or its acquirer in the event of an acquisition. There was also a clause stating that Mozilla reserved the right to terminate the deal early if it did not want to work with the acquirer, but the acquirer would still have to pay Mozilla the full sum per year until 2019.[20] The default search engine in Russia will be Yandex, and in China, Baidu.[9]

In November 2017, however, Mozilla announced[21] that it was switching back to Google as the default search engine. This represented an early termination of its Yahoo partnership.[22]

As of September 2020, the Mozilla Foundation board of directors has seven members:[23]

In 2006, after a request from Theo de Raadt of OpenBSD for funding from corporate entities which make a profit through the use of OpenSSH in their packaged distributions, the Mozilla Foundation donated $10,000 to de Raadt and OpenBSD for OpenSSH development. The funds donated came from money earned through the income provided by Google. The Mozilla Foundation found that without OpenSSH, much of the work done by developers would be through insecure and unsafe methods, and gave the funds as a thank you.[25][26]

At the end of 2010, the Mozilla Foundation partnered with Knoxville Zoo in an effort to raise awareness about endangered red pandas. Two red panda (a.k.a. Firefox) cubs born at the Knoxville Zoo have officially become a part of the Mozilla community. The cubs are named Spark and Ember by online voters and Mozilla broadcast a 24-hour live video stream of the cubs for several months.[27][28][29][30]

The Internet is becoming an increasingly important part of our lives.

The Mozilla project is a global community of people who believe that openness, innovation, and opportunity are key to the continued health of the Internet. We have worked together since 1998 to ensure that the Internet is developed in a way that benefits everyone. We are best known for creating the Mozilla Firefox web browser.

The Mozilla project uses a community-based approach to create world-class open source software and to develop new types of collaborative activities. We create communities of people involved in making the Internet experience better for all of us.

As a result of these efforts, we have distilled a set of principles that we believe are critical for the Internet to continue to benefit the public good as well as commercial aspects of life. We set out these principles below.

The goals for the Manifesto are to:

– articulate a vision for the Internet that Mozilla participants want the Mozilla Foundation to pursue;
– speak to people whether or not they have a technical background;
– make Mozilla contributors proud of what we’re doing and motivate us to continue; and
– provide a framework for other people to advance this vision of the Internet.

These principles will not come to life on their own. People are needed to make the Internet open and participatory – people acting as individuals, working together in groups, and leading others. The Mozilla Foundation is committed to advancing the principles set out in the Mozilla Manifesto. We invite others to join us and make the Internet an ever better place for everyone.

Principles
The Internet is an integral part of modern life—a key component in education, communication, collaboration, business, entertainment and society as a whole.
The Internet is a global public resource that must remain open and accessible.
The Internet must enrich the lives of individual human beings.
Individuals’ security and privacy on the Internet are fundamental and must not be treated as optional.
Individuals must have the ability to shape the Internet and their own experiences on the Internet.
The effectiveness of the Internet as a public resource depends upon interoperability (protocols, data formats, content), innovation and decentralized participation worldwide.
Free and open source software promotes the development of the Internet as a public resource.
Transparent community-based processes promote participation, accountability and trust.
Commercial involvement in the development of the Internet brings many benefits; a balance between commercial profit and public benefit is critical.
Magnifying the public benefit aspects of the Internet is an important goal, worthy of time, attention and commitment.
Advancing the Mozilla Manifesto
There are many different ways of advancing the principles of the Mozilla Manifesto. We welcome a broad range of activities, and anticipate the same creativity that Mozilla participants have shown in other areas of the project. For individuals not deeply involved in the Mozilla project, one basic and very effective way to support the Manifesto is to use Mozilla Firefox and other products that embody the principles of the Manifesto.

– build and enable open-source technologies and communities that support the Manifesto’s principles;
– build and deliver great consumer products that support the Manifesto’s principles;
use the Mozilla assets (intellectual property such as copyrights and trademarks, infrastructure, funds, and reputation) to keep the Internet an open platform;
– promote models for creating economic value for the public benefit; and
– promote the Mozilla Manifesto principles in public discourse and within the Internet industry.
Some Foundation activities—currently the creation, delivery and promotion of consumer products—are conducted primarily through the Mozilla Foundation’s wholly owned subsidiary, the Mozilla Corporation.

Invitation
The Mozilla Foundation invites all others who support the principles of the Mozilla Manifesto to join with us, and to find new ways to make this vision of the Internet a reality.