by Stand Up To Cancer in Disease, Uncategorized 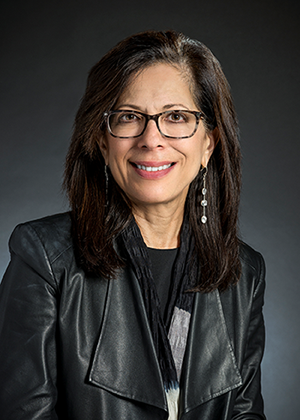 As a 4th grader, one of Elizabeth Jaffee’s favorite books was the biography of Marie Curie, the legendary Nobel prize winning physicist, chemist and pioneer in the study of radiation. Though it may have been an unusual choice for such a youngster, Jaffee’s childhood fascination with Curie (“she’s probably the mother of radiation oncology”) was a sign of things to come.

“I just loved science,” says Jaffee, “and it got me thinking about how science and medicine have such huge implications in life. I also had an uncle who died of lung cancer, so I became fascinated by cancer. I thought ‘why do people die of cancer, what is this?’”

Those early questions ultimately led Jaffee to get a medical degree from New York Medical College, and a medical residency at Presbyterian-University Hospital in Pittsburgh, PA. Today, Jaffee is one of the top immunologists in the country. She’s the Deputy Director of The Sidney Kimmel Comprehensive Cancer Center at Johns Hopkins, in addition to being on the scientific advisory council for the Cancer Research Institute, chief medical advisor for the Lustgarten Foundation, and a SU2C Dream Team Leader as well as a member of the SU2C Health Equity Committee

“My whole life, I just wanted to be a doctor,” she says.

Elizabeth’s fascination with immunology was triggered early in her college days in the late 1970s, when virology had first become a hot topic in medical circles. “It was just a fascinating time in biomedical progress,” she remembers, “and it made me realize the immune system is so powerful, and now we’ve got a better understanding of it through understanding virology.”

She adds: “In those days, I first started making the connection that if the immune system can fight infection, why can’t it help fight cancer? That’s when I started getting interested, I was fascinated by the whole field.”

That fascination fuels her through long days in the cancer research buildings at Johns Hopkins, overseeing clinical trials, consulting with patients, and relishing her role as Team Leader for the SU2C-Lustgarten Foundation Pancreatic Cancer Dream Team.

“Working with the Dream Team has been unbelievably wonderful in so many ways,” says Jaffee. “I’ve developed multiple collaborations with some of the smartest people around the country. It’s been a wonderful experience personally, scientifically, and career-wise, and I really thank Stand Up for the whole concept they brought forward. There’s no other mechanism that has the ability to provide this kind of funding to support top-level multi-investigative, multi-level research.”

The current progress being made in cancer research has Jaffee excited and optimistic about the future. “Researchers are on the verge of converting cancers that in the past have not responded to treatment, such as pancreatic or brain cancers, from deadly cancers into chronic diseases,” she says.

“Giving people back their quality of life and longevity of life. That’s huge.”

To nurture her own quality of life, Elizabeth unwinds and rejuvenates by hiking, reading (non-fiction and fiction, especially detective stories) and spending time with her blue-eyes cockapoo, Frank Sinatra (“He’s my buddy.”). She stays in shape with another passion, indoor cycling. “I try to get on my Pelaton every day, it keeps my brain going, you get to think as you’re cycling.”

Originally published by Stand Up To Cancer: Source