Giving What We Can UK

Evaluating charities and building a community of members donating 10% of their income to the most effective organisations in the world.

Giving What We Can is a community of effective givers. We inspire people to donate significantly and as effectively as possible.

Forming a community allows us to share information on how and where to give, helps us stick to our commitment and lets us stand together to create a culture of giving more, and more effectively.

Giving What We Can launched in November 2009, attracting significant media attention. Within a year, 64 people had joined the society, their pledged donations amounting to $21 million. Initially run on a volunteer basis, Giving What We Can took on full-time staff in the summer of 2012.

Giving What We Can

Giving What We Can (GWWC) is an effective altruism-associated organisation whose members pledge to give at least 10% of their income to effective charities.[2] It was founded at Oxford University in 2009 by the ethics researcher Toby Ord. 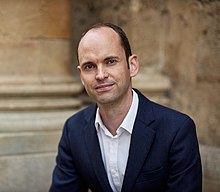 Toby Ord is one of the founders of Giving What We Can.

Giving What We Can was founded as a giving society in 2009 by Toby Ord, an ethics researcher at Oxford, his wife Bernadette Young, a physician in training at the time, and fellow ethicist William MacAskill[3][4] with the goal of encouraging people to give 10% of their income on a regular basis to alleviate world poverty.[5] This is similar to zakat[6] or tithing but Ord said there was no religious motivation behind it.[7] Ord cited writings from Peter Singer and Thomas Pogge about one's moral duty to give to the poor as inspiration for starting the organisation,[8] and personally planned to give away everything above about $28,000 a year, the median after-tax salary in the U.K.[9] His focus was on effective giving, meaning that he emphasised donations to charities which saved a maximal amount of life per donation amount.[10] GWWC was launched with 23 members.[9] People who joined signed a pledge to give away 10% of their income to any organisation they thought could best address poverty in the developing world, and could pledge more; there was no penalty for quitting.[7] By the end of 2011 it had 177 members, mostly other academics, in five chapters including Oxford, Cambridge, Princeton, and Harvard.[9][11]

By November 2011 the organisation was providing its members regular reports on what charities were most effective at addressing poverty in the developing world,[9] and at that time was recommending a tropical diseases group and a de-worming group that each worked in Africa.[12] Ord relied in part on research conducted by GiveWell, and also used the concept of the quality-adjusted life-year to gauge effectiveness of charities.[13]

In 2011 a sister organisation at Oxford lead by MacAskill and others called "High Impact Careers" was spun off from Giving What We Can. This organisation encouraged people to pursue high-paying jobs so they could give more money away.[14][15][16] High Impact Careers was soon renamed to 80,000 Hours.[17] In 2012 the two organisations incorporated the Centre for Effective Altruism as a nonprofit to serve as an umbrella organisation.[4][18]

In 2017, Giving What We Can stopped conducting original research but rather started to recommend to its members to follow the advice by charity evaluators such as GiveWell, Animal Charity Evaluators and Founders Pledge.[19][20] Additionally, they recommend a list of individual charities that cover a wide range of causes including global poverty alleviation, animal welfare and the welfare of future generations.[19]

Giving What We Can used to conduct research to determine which charities it would recommend for members and other people to support. It differed from other charity evaluators in terms of the importance given to metrics of charity performance. While evaluators such as Charity Navigator used the fraction of donations spent on program expenses versus administrative overhead as an important indicator, Giving What We Can solely focused on the cost-effectiveness of the charity's work.[13][21] It believed that the variance in cost-effectiveness of charities arose largely due to the variance in the nature of the causes that the charities operate in, and therefore made evaluations across broad areas of work such as health, education, and emergency aid before comparing specific organisations.[22] In practice, it recommended a selected few charities in the area of global health. Its work was therefore similar to that of GiveWell.[12]

In 2017 the Centre for Effective Altruism decided to stop conducting original research into giving opportunities since there was significant overlap with organisations like GiveWell and the Open Philanthropy Project.[20]

The shared ground of all Giving What We Can members is that they have committed to providing at least 10% of their income by signing "The Pledge". Therefore, members often refer to themselves as "pledges".

The pledge is a voluntary and non-legal commitment to donate 10% of one's income. This figure is the minimum percentage and was chosen because it has a good balance. It is a significant proportion of income, in recognition of the importance of the problem and the need for real action. But it is also within the reach of most people in the developed world. Some members decide to go further and commit to donating 20% or even 50%.[23]

Some members decide to go even further and perform the "Further Pledge".

Founder Ord further pledged to donate anything he earned over £20,000 a year, based on his conviction that he could live comfortably and happily on this income. This level of commitment is called "The Further Pledge". The member defines a basic annual income that they expect to live on. All income above this level will be donated to effective measures.[24] Co-founder Will MacAskill is also among those who have made a similar pledge.

Because of the initial hurdle that might suppose to adjust one's attitudes to donating 10% of the income, there is also the possibility of making a temporary commitment called "Try Giving". Making this declaration involves making a commitment to donate at least 1% of one's income for a specified period of time.[25]

In 2020, GWWC launched the option for companies to also declare their commitment to donating to effective organizations. In this case, companies commit to donate at least 10% of their profits to effective charities.[26]

Professor Peter Singer has been a member of Giving What We Can since its foundation.

Since its inception in 2009 the Giving What We Can Pledge was signed by various prominent individuals, mostly academics:[29]