SACE and SACE Action Fund staff, members, and volunteers worked together to knock on doors, make phone calls, and send text messages to help make sure Georgians exercised their right to vote. 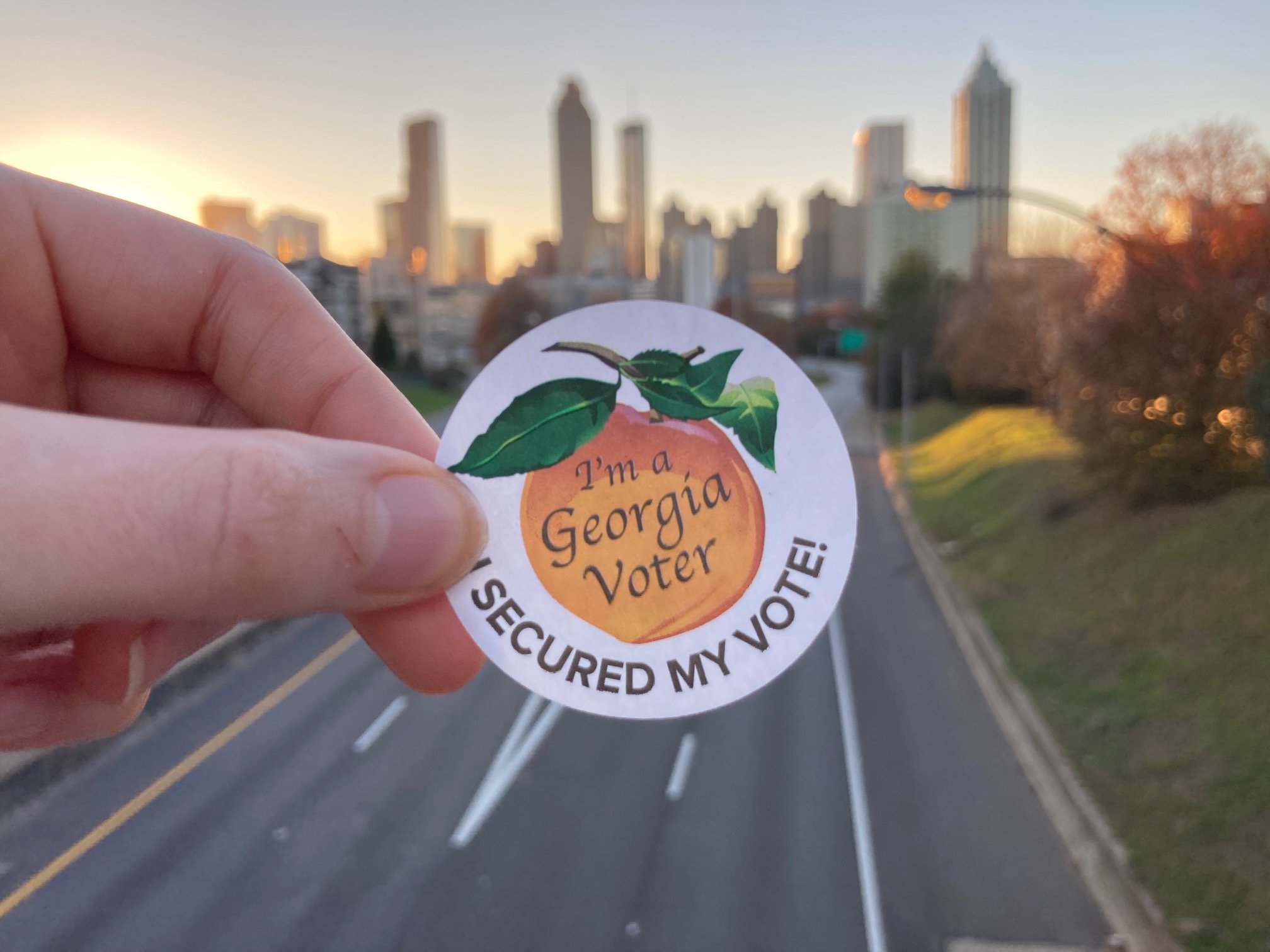 Our work at the Southern Alliance for Clean Energy is focused on advancing clean energy throughout the Southeast. Despite an incoming presidential administration that is supportive of climate action, our organization realized that broad and bold clean energy and climate legislation was unlikely to pass at the federal level unless both chambers of Congress would be willing to advance such legislation to the desk of President-Elect Joe Biden.

SACE has long considered Georgia to be a unique opportunity to advance clean energy in our region, and around the country, and the recent runoff elections were no exception. Georgia may have been on the minds of people and organizations around the country these last few months, but SACE has been doing clean energy work in the state for more than two decades.

After Georgia helped make history in November, SACE saw new ways and opportunities to use our institutional knowledge, and member base, to achieve our mission. By mobilizing voters in the Peach State and encouraging them to vote in this crucial runoff election, SACE could help ensure that each Georgian’s voice is heard. We know from past election cycles that voter turnout in runoff elections is typically much lower than in general elections, but with so much at stake it was obvious that there was much work to be done. We reached thousands of our members throughout Georgia through emails and phone calls to make sure they had the information they needed to vote and were committed to voting, and published educational materials about where the candidates stand on climate and energy issues and the significance of this year’s elections in overcoming Georgia’s long history of voter suppression.

SACE’s sister organization and political arm, the Southern Alliance for Clean Energy Action Fund which is a non-partisan, non-profit (c4) organization working to ensure clean energy solutions are a top priority for our region’s elected leaders, also contributed to the work in Georgia. SACE Action Fund was able to deploy a staff member to work in North Georgia and together with partners in the state develop a strategy to effectively get out the vote.

SACE Action Fund focused its efforts on the city of Dalton, near the Georgia/Tennessee border in Whitfield County. Known as the carpet capital of the world, Dalton is also home to the largest solar panel manufacturing plant in the western hemisphere. This presented an excellent opportunity for SACE Action Fund to educate potential voters about what a growing clean energy industry could mean for the city of Dalton, as well as for Georgia as a whole. In addition to the environmental benefits of solar, the Q Cells plant is also an economic engine supporting more than 600 local jobs, and that number only stands to increase with with policies to expand clean energy.

Whitfield County is also very racially diverse, as more than 30% of the population is Hispanic or Latino. In fact, the precinct where SACE Action Fund’s door-to-door efforts took place is nearly 70% Hispanic. An important principle of organizing is to ‘meet people where they are,’ which includes understanding and accounting for people’s life circumstances and barriers to participation, including language barriers. To strive for equity and inclusion in voter education efforts, SACE Action Fund developed and distributed Spanish and English versions of an education flyer while canvassing door-to-door, and recruited Spanish-speaking volunteers to contact Spanish-speaking voters.

From late November through Election Day on January 5, more than 50 SACE Action Fund staff, members, and volunteers worked together to knock on nearly 500 doors, make over 14,000 phone calls, and send over 18,000 text messages encouraging voter turnout. These efforts led to nearly 8,000 contacts and conversations with Georgia voters. In the race between Democrat Jon Ossoff and Republican David Perdue, the runoff election ballots cast were only 5,000 fewer than were cast in the 2020 general election. In fact, although the last statewide runoff election featuring a U.S. Senate race in 2008 saw a turnout of only 13,000 voters in Whitfield County, more than 31,000 Whitfield County voters participated in the runoff election this week.

It is impossible to directly determine the relationship between voter contact and voter turnout, but it is highly likely that SACE and SACE Action Fund’s efforts through our dedicated staff and volunteers undoubtedly led to increased turnout in these runoff elections. As evidenced by the incredibly tight margins in these two races around the state, it is also clear that every vote truly mattered.

On a personal note, I would like to sincerely thank all of our amazing members and volunteers through both SACE and SACE Action Fund  for their role in this effort, without whom this would not have been possible. Here’s to continuing the push for more clean energy with a new Senate in 2021 and beyond!