If you’re wondering how detrimental consuming fish is, sea for yourself: In the new Netflix documentary Seaspiracy, director Ali Tabrizi lays bare how commercial fishing devastates marine animals—and what will happen if humans continue to consume fish. Created by the same team that made the illusion-shattering feature Cowspiracy, Seaspiracy goes below the surface to reveal the depths of cruelty in the global fishing industry.

Each fish is an individual with a unique personality and the desire to live. Fish experience pain in a way similar to humans, communicate in complex ways (herrings, for example, signal each other by farting), and can feel fear.

So, when massive commercial-fishing nets rip the animals from their homes, pack them so tightly that their eyes may burst out of their skulls, drag their sensitive scales along the ocean floor, and force them to undergo decompression—which often ruptures their bladders and pushes their stomachs out of their mouths—fish likely experience an excruciating, terrifying journey to the surface. Then, if they are still alive, fishers often cut their gills and leave them to bleed out or toss them onto ice to freeze or suffocate slowly. You wouldn’t want to be kicked, thrown, suffocated, or hacked to death on a chopping block—and neither do they. 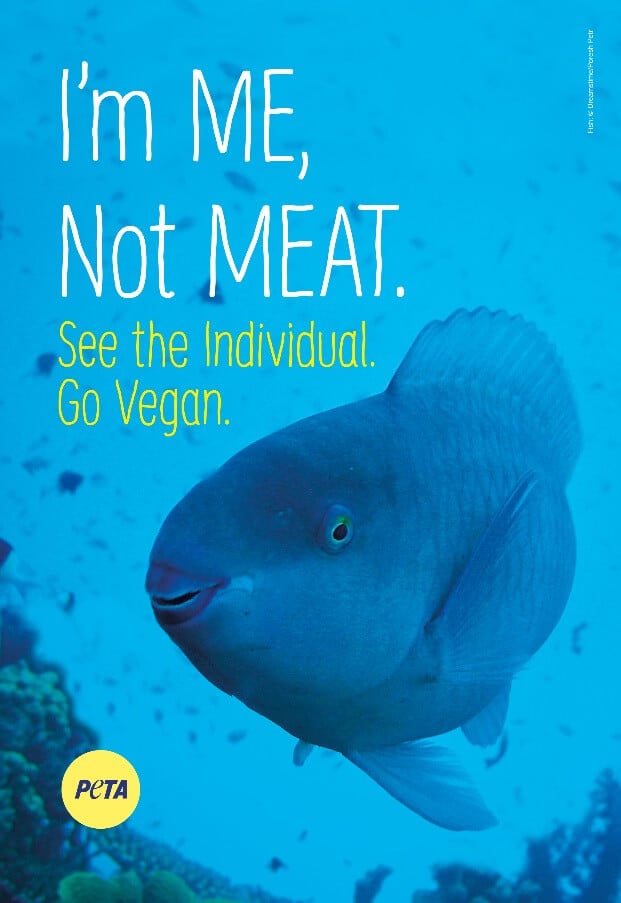 2. There’s no such thing as killing fish “sustainably” for food.

Companies use deceptive labels (aka “greenwashing”) to dupe consumers into believing that killing certain types of fish for food are “sustainable,” but they’re all wet. For example, it’s estimated that the Scottish salmon-farming industry produces as much organic waste as the entire human population of Scotland does each year, yet the fish flesh that it sells is marketed as “sustainably produced.” Commercial fishing is even more damaging than oil spills—the fishing industry in the Gulf of Mexico destroyed more animals in a single day than the largest oil spill in history, Deepwater Horizon, did in months.

There isn’t even an agreed-upon definition of the term “sustainable” among marine “conservation” groups, so the label is pretty much meaningless. There’s no way to decimate wildlife populations sustainably. The only real sustainable and ethical choice is to leave fish in peace and go vegan.

3. If fishing trends continue, oceans will be desolate in less than 30 years.

Yes, you read that right. Oceans will be empty by 2048 unless we take action now, and there aren’t plenty of fish in the sea. We must stop supporting the greedy and cruel fishing industry, which kills 2.7 trillion fish every year. Fish play a vital role in sustaining the ocean’s entire ecosystem. Without them, other animals—including coral reefs, whales, dolphins, and seabirds—would starve and die.

4. The “plastic straw” debate is a red herring.

Heartbreaking videos of sea turtles with straws stuck in their nostrils have persuaded many restaurants and consumers to switch to paper or ditch straws altogether. That’s a good thing, but it’s a drop in the ocean—plastic straws kill 1,000 sea turtles globally every year, but in the U.S. alone, fishing vessels capture, injure, or kill an estimated 250,000 sea turtles annually. Hardly anyone is addressing the trash heap in the room: Straws account for 0.03% of plastic in the ocean, while nearly half of the Great Pacific Garbage Patch is made up of—you guessed it—fishing nets.

“Dolphin Safe” labels on tuna cans may make consumers feel better, but they’re worth less than the paper that they’re printed on. Every year, 300,000 dolphins and whales are killed after being caught in fishing nets—and because overfishing has depleted so many fish populations, fishers in certain areas routinely slaughter dolphins they view as “competition.” One “dolphin-safe” tuna-fishing vessel slaughtered 45 dolphins to catch eight tuna—and no tuna is “tuna safe”! How can you know your eating habits won’t endanger the safety of any animals? Just go vegan. It’s that simple!

Eating fish harms marine animals, the environment, and yes, even you. A plate of fish flesh likely comes with a side of toxic heavy metals, dioxins, plastics compounds, and other pollutants. And as for omega-3 fatty acids? Fish don’t even make them. They get their omega-3s from the algae that they eat—and we can get omega-3s by taking algae oil supplements and feasting on fortified vegan seafood products.

“I realized the single best thing I could do every single day to protect the ocean and the marine life I loved, is to simply not eat them.” —Ali Tabrizi, Seaspiracy director

It’s not too late to start protecting fish who are killed by an industry that’s destroying the entire ocean. Start today by going vegan and taking PETA’s simple actions to help fish.

Host a Watch Party for Seaspiracy 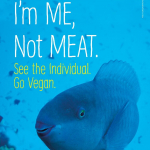