Counting All Persons in the US Census 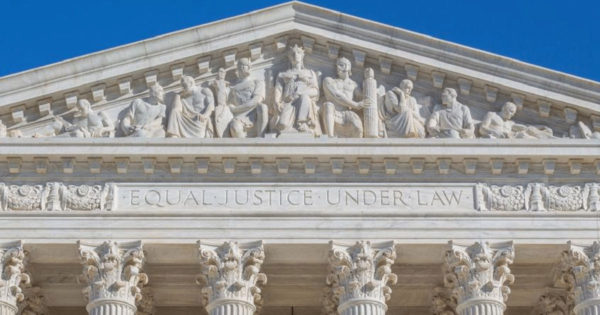 This week, NARF gave the US Supreme Court a little history lesson, pushing back against those who argue that unauthorized immigrants in the United States are not even “persons.”

The case is Trump v. New York, No. 20-366, and it concerns the 2020 Census.  The US Constitution requires a census every 10 years, and the Fourteenth Amendment provides that seats in the House of Representatives “shall be apportioned among the several States according to their respective numbers, counting the whole number of persons in each State, excluding Indians not taxed.”  Congress has enacted several statutes with similar language, and for more than 200 years the Census has counted foreign citizens and included them for House apportionment, regardless of their immigration status.

This summer, the Trump Administration tried to change that.  An executive order instructed the Secretary of the Commerce (whose department administers the Census) to provide not only the full count, but also the number of unauthorized immigrants so that they could be excluded from the apportionment numbers.  A coalition of State and local governments and nonprofit organizations sued, arguing that the law does not allow the Administration to exclude unauthorized immigrants.  The plaintiffs won, and now the Trump Administration has appealed to the US Supreme Court.

It was there that things took a turn.  The Trump Administration’s brief said little about Indians, merely noting the “Indians not taxed” language.  But several amici curiae (Latin for “friends of the court”) who supported the Administration filed briefs that twisted history—and pointed at Native people to bolster their baseless arguments.

Some of those amici argued that unauthorized immigrants are not what the Framers had in mind when they used the word “persons” in the Constitution.  They say that “persons” should be limited to “citizens” (and maybe, they allow, lawful permanent residents) who make up the American “body politic.”

But Indian Country has heard this before, and NARF—on behalf of the National Congress of American Indians—set the record straight.  In 1879, Standing Bear and 25 fellow Poncas left their reservation in Indian Territory to return to their homelands in Nebraska; but when they arrived, they were arrested by the Army acting on orders from the Department of the Interior.  When Standing Bear sought their release under a Federal law that allowed any “person” in federal custody to challenge their detention, the United States argued that Indians were not “persons.”  The judge was utterly unpersuaded, and his opinion in United States ex rel. Standing Bear v. Crook definitively stated that Indians (and all other living human beings) were “persons” under the law.

Still other amici made a different argument: that “Indians not taxed” were excluded from Census apportionment because they were not citizens, and that unauthorized immigrants should be excluded for the same reason.

Again, NARF (on behalf of NCAI) set the record straight.  If those who drafted the Fourteenth Amendment wanted to exclude all non-citizens, they could have done so easily—but instead they excluded only one small category of non-citizens: “Indians not taxed.”  Historians generally agree that this term referred to Indians who lived within their tribal territories.  So not only were “Indians not taxed” not US citizens, they also were within their own sovereign lands, governed by their own laws.  That’s a very different situation from unauthorized immigrants, who come to the United States and subject themselves to US law.  In fact, the drafters of the Fourteenth Amendment included the “Indians not taxed” language to protect Tribal sovereignty.  (When Congress in 1924 made all Indians citizens both of the United States and the State where they reside, there no longer was any reason to exclude “Indians not taxed” from the apportionment count.)

With their brief in Trump v. New York, NARF and NCAI are working to make sure both that all “persons” are counted for the Census and for House apportionment, and that Indians’ unique stories are not twisted by those who would use them for their own gain.