We are a multicultural organization that works to end violence against and within lesbian, gay, bisexual, transgender and queer/questioning communities.

CUAV’s response to police violence + anti-black racism: As a team of Black and Latinx queer and trans people, we know that “black & brown unity” isn’t just a cute trend. This is a lifetime commitment that we humbly admit has not been an easy road. Yet, this is a loud call from the ancestors to build real solidarity to end anti-black racism. Collective liberation means the end of interpersonal and state violence while offering an opportunity to heal and dream with our people 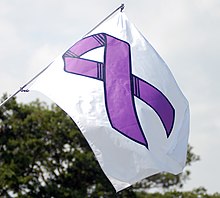 The Encyclopedia of Victimology and Crime Prevention states, "For several methodological reasons – nonrandom sampling procedures and self-selection factors, among others – it is not possible to assess the extent of same-sex domestic violence. Studies on abuse between gay male or lesbian partners usually rely on small convenience samples such as lesbian or gay male members of an association."[16][17]

In a 2010 Centers for Disease Control and Prevention (CDC) study, reporting on domestic violence in the U.S., 26% of gay men and 37.3% of bisexual men said that they experienced physical violence, stalking, or rape by their partners of which 90.7% and 78.5% (respectively) were male.[22] 29% of heterosexual men reported similar violence in the same study (with 99.5% of perpetrators being female).

Although bisexual people may be in relationships with people of any gender, they are often victims of domestic violence. The CDC reported that 61% of bisexual women said they experienced physical violence, stalking, or rape by their partners.[22] For men in the same study, 37% reported having experienced similar violence.

Transgender people may be in relationships with people of any gender, but they experience high rates of domestic violence. Comparatively, little research has been conducted on domestic violence towards transgender individuals, especially within the context of romantic relationships. In a 2009 United States study, 56% to 66% of transgender individuals reported experiencing violence within their homes, though not necessarily by a romantic partner.[27]

Victims of domestic violence in same sex relationships do have legal rights afforded to them in some U.S. states, whether or not they are married to their partner, although the requirements and protections vary by state.[13] Some of these rights include having a civil protection order or restraining order placed on the abuser to keep them from stalking or harassing the victim.

Some cities and states in the U.S. are working to improve the legal situation for LGBT victims of domestic violence, through policy change and police training.[13] In Washington D.C. the city has created an LGBT unit of their police department to combat homophobic violence and to deal with violence against transgender people by professionals who are also members of the LGBT community.[14][28]

People carry a banner promoting the end of HIV stigma at a Pride Parade.

HIV/AIDS may create additional problems for those in violent relationships, financially, emotionally, and health wise, whether it is the perpetrator or the victim who is living with HIV or AIDS.[29] This specifically affects those in same-sex relationships because men who have sex with men, no matter how they identify, are significantly more likely to have HIV or AIDS than others.[30]

Those living with HIV are often financially dependent on their partners, making it more difficult to leave abusive relationships.[4] If it is the victim who has HIV or AIDS the abuser may take control of their finances in order to have even more control over their life.[29] This issue is compounded by the fact that those living with HIV or AIDS may often become too sick to work and support themselves, and that even when they are able to work they often face discrimination in the workplace or in the hiring process, even though this is technically illegal under the Americans with Disabilities Act.[31]

There are many health related ways that HIV or AIDS can affect domestic violence in same-sex relationships.[29] Some perpetrators of domestic violence purposefully try to transmit STDs to their partner or to transmit their partner's STD to themselves, as a tactic to control their partner. Additionally, many people in same-sex relationships who experienced domestic violence experienced violence specifically because they had asked their partners to use condoms or other prophylactics, which are known to limit the spread of HIV.[5][30] In conjunction with this, abusers may tamper with their partner's pre-exposure prophylaxis medications that prevent the spread of HIV, or may use the social stigma surrounding the use of pre-exposure prophylaxis to convince their partner not to use it.[29][32][33] The abuser may also tamper with their partner's or their own HIV medication, or keep their partner from receiving health care in other ways.[29] Furthermore, those with HIV or AIDS may be more affected by physical violence than those who are healthy, as their immune systems are weak and physical injuries will be harder to recover from. Those living with HIV or AIDS may also be more affected by emotional trauma for the same reason.

One way this occurs is through the fear of being "outed", as abusers may use this fear of being outed to control their partners or an abuser may use the fact that they are not out to limit their partner's exposure to other LGBT people who would recognize that their relationship is unhealthy.[1][13][15]

Another way homophobia plays a role in domestic violence is that people in same-sex relationships may feel that they have a duty to represent the LGBT community in a positive manner, and that if their relationship is abusive it is proof that homosexuality is inherently wrong, immoral, or otherwise flawed.[1] Further, the abuser may frame the abuse as justified because of the victim's Sexual orientation, or imply that no one will help the victim because of their sexual orientation.[13][15]

As to internalized homophobia, victims may feel like they deserve it[34] or if they are the more “masculine” partner they may be the one blamed for the violence.

One idea that persists and is harmful to lesbians, is that sexual assault is less serious or aggressive when perpetrated by women.[1] However, being sexually assaulted can be traumatic to victims regardless of the gender of the perpetrator. Similarly, women stalking other women or men seem as less threatening than the same actions being perpetrated by men, so lesbian victims of stalking may be ignored by law enforcement and other individuals.[2] Part of this problem that specifically impacts lesbians is that lesbians are assumed to have perfect relationships specifically because there is no man involved in the situation. This idea of a "lesbian utopia" makes it more difficult for lesbians to report domestic violence, because often people do not believe it can be true.[1]

Gay men may feel that being battered is a threat to their masculinity, and thus are hesitant to report domestic violence.[1] Some abusers may frame the abuse as simply an "expression of masculinity", which normalizes the physical violence.[15]

There are several problems with data collection about domestic violence in same-sex relationships, including lack of reporting, biased sampling, and lack of interest in studying same-sex domestic violence.[12] For example, if samples are taken at a center that caters to LGBT individuals, the results may be artifactually high, as those who use these services may also be those in need of help, or artifactually low, as abusers often limit their partner's exposure to others, especially those who may recognize their relationship as abusive.[1][12][15][29]

The National Coalition of Anti-Violence Programs (AVP) is an organization which "works to prevent, respond to, and end all forms of violence against and within LGBTQ communities."[35] This organization has member organization in 26 U.S. states, Washington, D.C., and Canada, which help connect people to resources when they have been abused in a same-sex relationship, been sexually assaulted, or been a victim of a homophobic hate crime.[13][36]

CUAV is an organization based in San Francisco that has a broad mission of seeking to track anti-LGBT violence and offer support to those affected by it.[37] They offer support groups and counselling for those who are victims of same-sex domestic violence.[38]