City of Hope has been deemed one of the nation’s elite cancer hospitals by U.S. News & World Report and is currently recognized as a leading cancer hospital

“There is no profit in curing the body if, in the process, we destroy the soul.”
Samuel H. Golter

City of Hope is dedicated to making a difference in the lives of people with cancer, diabetes and other serious illnesses. Our mission is to transform the future of health care by turning science into a practical benefit, hope into reality. We accomplish this by providing outstanding care, conducting innovative research and offering vital education programs focused on eliminating these diseases.

The City of Hope community includes research associates, scientists, doctors, nurses, allied health professionals, graduate students, fundraising specialists, marketing professionals, volunteers and an extensive support staff. We are united by our desire to find cures, save lives and transform the future of health. Every discovery we make and every new treatment we create gives people the chance to live longer, better and more fully.

City of Hope is a private, not-for-profit clinical research center, hospital and graduate medical school located in Duarte, California, United States. The center's main campus resides on 110 acre of land adjacent to the boundaries of Duarte and Irwindale, with a network of clinical practice locations throughout Southern California, satellite offices in Monrovia and Irwindale, and regional fundraising offices throughout the United States.

City of Hope played a role in the development of synthetic human insulin in 1978. The center has performed 13,000 hematopoietic stem cell transplants as of 2016 with patient outcomes that consistently exceed national averages.[citation needed] 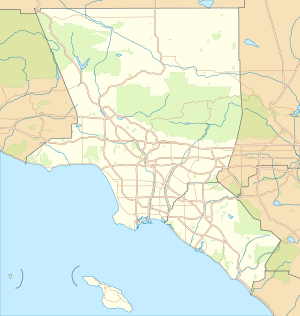 In the late 19th and early 20th centuries, the spread of tuberculosis, also known as "consumption," was a growing concern in the United States and Europe. Owing to advancements in the scientific understanding of its contagious nature, a movement to house and quarantine sufferers became prevalent. Construction of tuberculosis sanatoria, including tent cities, became common in the United States, with many sanatoriums located in the Southwestern United States, where it was believed that the more arid climate would aid sufferers.

In 1913, the Jewish Consumptive Relief Association was chartered in Los Angeles, California, with the intent of raising money to establish a free, non-sectarian sanatorium for persons from throughout the United States diagnosed with tuberculosis. After raising sufficient funds, the association purchased 10 acres (4.0 ha) of land in Duarte, California, a small town in the more arid San Gabriel Valley, approximately 16 miles (26 km) east of downtown Los Angeles, and dubbed the property the . Opening January 11, 1914, the sanatorium originally consisted of two tents, one for patients and one for caregivers.[3]

The sanatorium was nicknamed "the city of hope," and grew in size for several decades, continuing to raise funds, construct permanent facilities, hire doctors and treat increasing numbers of patients. Treating tuberculosis remained the sanatorium's focus until after World War II, when antibiotics for tuberculosis were discovered.

With tuberculosis becoming less prevalent, executive sanatorium director Samuel H. Golter began an initiative in 1946 to transform the sanatorium into a full medical center, supported by a research institute and post-graduate education.[4] The Los Angeles Sanatorium officially changed its name to City of Hope National Medical Center in 1949. City of Hope's research institute was formally established in 1952. The City of Hope Graduate School of Biological Sciences was eventually chartered in 1993, and changed its name to the Irell & Manella Graduate School of Biological Sciences in 2009.

From 1953 to 1985, under executive director Ben Horowitz, City of Hope grew further in size and became best known for its cancer research and treatment programs. Horowitz raised City of Hope's annual average operating budget from $600,000 to more than $100 million during his tenure.[5]

From 1983 to the present, City of Hope continued to grow, expanding its Duarte campus with additional patient care, research and support facilities. City of Hope also operates a network of community practice clinics throughout Southern California.

City of Hope's institutional goals are the prevention, treatment and cure of cancer and other life-threatening diseases, including diabetes and HIV/AIDS. As such, City of Hope's programs include the fields of brain, breast, gastrointestinal, gynecologic, thoracic and urologic cancers, as well as leukemia, lymphoma, and diabetes. City of Hope has been designated a Comprehensive Cancer Center by the National Cancer Institute, a branch of the National Institutes of Health.

City of Hope is a bench to bedside institution, with investments in basic, translational and clinical research. Faculty, residents and fellows conduct biomedical research, treat patients and educate medical professionals with the medical center serving as a teaching hospital.

In 1978, City of Hope researchers Arthur Riggs and Keiichi Itakura, working with Herbert Boyer of San Francisco-based biotechnology corporation Genentech, Inc., became the first scientists to produce synthetic human insulin.[7] City of Hope licensed patents based on Riggs's and Itakura's work to Genentech. On August 13, 1999, City of Hope sued Genentech for allegedly cheating it out of its fair share of the profits from products based on the Riggs-Itakura patents. On April 24, 2008, the Supreme Court of California affirmed the jury's award of $300 million in contractual damages to City of Hope but reversed the award of $200 million in punitive damages.[8]

City of Hope's main campus in Duarte has several treatment facilities for inpatient and outpatient care, including the Helford Clinical Research Hospital, Michael Amini Transfusion Medicine Center, the Geri and Richard Brawerman Center for Ambulatory Care and the Women's Center.

City of Hope is planning to build a $200 million cancer center, which would anchor a future medical campus south of the Orange County Great Park in Irvine in collaboration with FivePoint Holdings.[10]

City of Hope is accredited by the Joint Commission, a private body which accredits over 17,000 health care organizations and programs in the United States.

Beckman Research Institute of City of Hope is one of six research facilities established by funding from the Arnold and Mabel Beckman Foundation. Its primary focus is research in the areas of cancer, diabetes, and HIV/AIDS. The institute shelters the City of Hope Irell & Manella Graduate School of Biological Sciences.

Research conducted at the institute has contributed to discoveries in the areas of recombinant DNA technology, gene therapy and monoclonal antibodies.[citation needed]

City of Hope Center for Biomedicine & Genetics is a manufacturing facility specializing in the production of pharmaceutical-grade materials. The center also assists clinical investigators with translational research and clinical trials.

The graduate school at City of Hope; the school is housed within the Arnold and Mabel Beckman Center for Cancer Immunotherapeutics & Tumor Immunology.

City of Hope has 40 temporary, on-site residential housing units for patients and their caregivers, with integrated hospice and palliative care.

The hospital also fundraises using giving days. In 2016, Doctors' Day allowed patients to thank doctors by giving in their name. More than $9000 was raised through 60 gifts. In 2017, City of Hope was planning a Bone Marrow Transplant Reunion Day and Survivors Day.[11] The hospital also participates in #GivingTuesday. In 2015, the first time the hospital used the fundraiser, almost $120,000 were raised from 681 gifts. In 2016, those numbers rose to almost $200,000 from more than 1500 gifts.[12] In January 2017 City of Hope received a donation of more than $50 million to establish the Wanek Family Project for Type 1 Diabetes at City of Hope.[13]

City of Hope is affiliated with the following institutions: