Celebrating the Choice of Being an Active Citizen

by Kids in Need of Defense in Judicial Equality, Uncategorized, Youth Opportunity 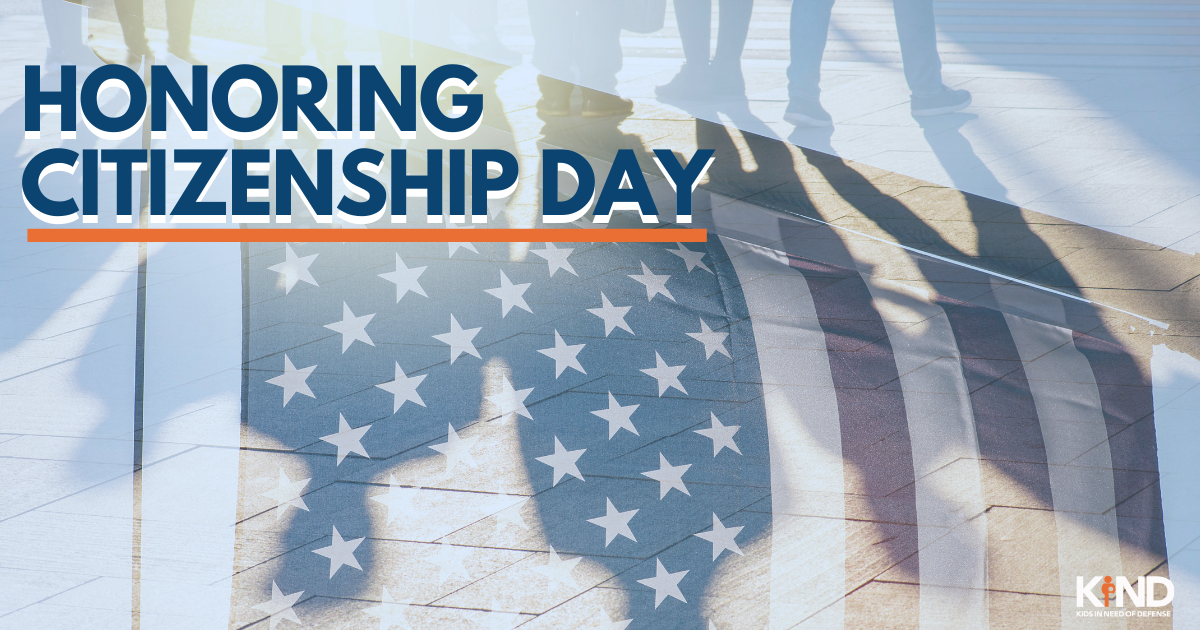 Each year, communities around the country celebrate Welcoming Week, an opportunity to bring newcomers, immigrants or otherwise, and long-time residents of a town or city together to find a shared vision of prosperity.  The week tends to include celebrations for Citizenship Day (September 17), as well.  This is fitting, of course, since acquiring citizenship marks the ultimate legal form of belonging for an immigrant, and in turn is the ultimate welcome card that this country can offer. But it does not end there. This Citizenship Day, let’s celebrate the choice to be not just a citizen, but to act on the opportunities and responsibilities citizenship provides.  This choice is something we must all make, whether native born or naturalized.

If you were born in the United States, as I was, citizenship is a given, and therefore, under the Constitution, a birthright.  Since the passage of the Fourteenth Amendment, it  has been something that binds together everyone born  or naturalized in the United States, regardless of where your parents may have been born, or whether they were citizens themselves.  Ratified in the aftermath of the Civil War, the 14th Amendment sought to put to rest continuing legal arguments about the rights of enslaved peoples, but its supporters had an even broader vision for it: making sure that anyone born in the U.S., regardless of race or creed or heritage would be equally entitled to call the United States home.

But the Fourteenth Amendment doesn’t mean that only those who were born in this country are entitled to call it home or to have a say about its future.  Instead, it included naturalized citizens, those people who left their country of birth and voluntarily pledged allegiance to the Constitution of the United States, making it very clear that citizenship was a shield that gave everyone equal rights.  The promise required and continues to require much perfecting to make it a reality, but it has always offered hope to those who immigrate to the United States, as it recognizes their right to belong.

Today, people’s reasons for naturalizing—or choosing not to—are diverse and complicated, tied up in concepts of place and home.  Some new citizens are practical, like a former KIND client who wants a life free from fears about immigration and deportation. Others are aspirational, like so many who apply to become citizens in order to vote.  And for some, it’s an emotional choice about identity as your culture and origin do not change just because your immigration status does.  Most people eligible to become citizens ultimately do so, however, because the United States is now their home and they find ways to weave their old and new cultures together.

No matter how you gained your citizenship, however, actually living the value of citizenship encompasses a lot more than simply holding a U.S. passport. In fact, some of the people who are most politically engaged—think, Dreamers—don’t yet have legal status in the U.S.  What they do have, however, is a commitment to democracy, to the process of influencing change, and to the belief that their voice matters.  In short, BEING a good citizen is about working hard to make this country better. It’s not about flag-waving or complacency.  Many of the most patriotic people I’ve ever met are the biggest critics of the government, pushing politicians and the public to be better, kinder, and more civic-minded.  They believe that debate and dialogue and creative problem solving are all part of citizenship.

In honor of Citizenship Day, here are three key principles and three easy ways to up your citizenship game.

Citizenship is a state of mind.  And on Citizenship Day, my state of mind is anxious for the sake of the country but confident that our citizens, young and old, native born and naturalized, care enough about democracy to choose to engage and do the work to help it thrive.

Originally published by Kids in Need of Defense: Source