We support, as a fundamental right and value, a woman’s freedom to make personal decisions regarding the full range of reproductive choices through education, training, organizing, legal action and public policy.

We envision a future in which everyone in America has true reproductive freedom and equality. Our focus is on protecting and expanding reproductive rights. But our issues are deeply interconnected with other fights for justice and civil rights. We’re proud to be allies to the people and organizations blazing the trail on these related issues.

Everyone should have the right to make their own health-care decisions, regardless of immigration status. No person should be stigmatized or driven underground by unfair or unreasonable anti-immigration laws or other barriers.

Everyone should have the right to decide if, when and with whom they start or grow a family, no matter their sexual orientation or gender identity.

One of the most important ways we can protect and expand reproductive freedom is to ensure that the legislators we elect reflect the will of the people. Efforts to suppress voter turnout and prevent American citizens from voting are unjust and un-American.

NARAL Pro-Choice America, commonly known as simply NARAL (/ˈnɛərəl/), is a non-profit 501(c)(4) organization in the United States that engages in lobbying, political action, and advocacy efforts to oppose restrictions on abortion, to expand access to abortion and birth control, and to support paid parental leave and protection against pregnancy discrimination.[2][3]

The precursor to NARAL was the Association to Repeal Abortion Laws (ARAL).[5] ARAL was an expansion of the "Army of Three" which was made up of abortion rights activists Pat Maginnis, , and financial investor . The Army of Three organized and distributed referral lists of people performing illegal abortions and held classes on do-it-yourself abortions in California.[6] 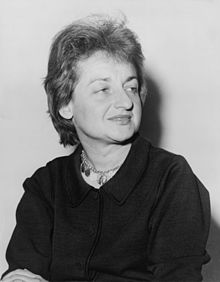 Originally called the National Association for the Repeal of Abortion Laws, NARAL was established at the "First National Conference on Abortion Laws: Modification or Repeal?", held February 14–16, 1969, in Chicago. Its formation was announced on the front page of The New York Times. The conference, sponsored by 21 organizations and attended by 350 people, included a planning session for NARAL and the report of NARAL's pre-formation planning committee: Lawrence Lader of New York City, Garrett Hardin of California, and Dr. Lonny Myers of Chicago. Key conference speakers included obstetrician/gynecologist Bernard Nathanson (who later became an anti-abortion activist), journalist Lawrence Lader, and women's rights advocate Betty Friedan. The conference was split between those favoring American Law Institute guidelines—which would permit abortion only in cases of rape or incest, or to preserve the life or health of the mother—and those favoring "ad libitum" abortion rights at the discretion of the mother, led by Betty Friedan and . These advocates for abortion rights asserted that women should determine what was best for themselves, in consultation with their physicians. The conference voted to adopt the pro-choice position.

NARAL, recognizing the basic human right of a woman to limit her own reproduction, is dedicated to the elimination of all laws and practices that would compel any woman to bear a child against her will. To that end, it proposes to initiate and co-ordinate political, social, and legal action of individuals and groups concerned with providing safe operations by qualified physicians for all women seeking them, regardless of economic status.

The Board of Directors, elected by the membership, officially replaced the Planning Committee at the first Board meeting, held on September 27, 1969. The Board elected Honorary Officers (Co-Presidents Dr. Lester Breslow and Congresswoman Shirley Chisholm and Senator Maurine Neuberger as Vice President), Officers (including New York City Councilwoman Carol Greitzer as President), an Executive Committee (Lawrence Lader, Chairman), and a Nominating Committee. In addition, the Board adopted a very specific program of action that focused on winning repeal in New York and other key states. Only one year after NARAL's formation, the New York state legislature voted to legalize abortion, and the new law went into effect on July 1, 1970. On that day, NARAL held a medical conference at NYU Medical School to train physicians in non-hospital abortion techniques.

From 1969 until early 1973, NARAL worked with other groups to repeal state abortion laws, and to oversee implementation of abortion policies in those few states that had liberalized their laws. On January 22, 1973, in Roe v. Wade, the U.S. Supreme Court held that, during the first three months of pregnancy, abortion should be a private decision between a woman and her doctor, and that during the second three months, state regulation should be permitted only to protect the health of the woman. To reflect the Court's repeal of restrictive laws, NARAL became the National Abortion Rights Action League in late 1973.[7]

In 2003, the organization dropped the long form name in favor of "NARAL Pro-Choice America".[8] That same year, the organization launched a massive television and print campaign, in order to make abortion a key issue in the 2004 elections.[8]

Karen Mulhauser served as the first national executive director. Her tenure ran from 1974 to 1982. The next NARAL leader was Nanette Falkenburg, who served from 1982 until 1985; Kate Michelman became the next director, until she announced her retirement in 2004. Nancy Keenan, formerly the Montana Superintendent of Schools, became President of NARAL, and served until February 2013. Ilyse Hogue was the group's president from 2013 to 2021.

NARAL Pro-Choice America uses numerous tactics to lobby for access to abortion and birth control in the U.S., as well as to promote paid parental leave and stop pregnancy discrimination. They track state and federal legislation,[9] endorse candidates,[10] and run advertising and education campaigns on these issues.

It sponsors lawsuits against governments and hospitals,[11][12] donates money to politicians supportive of abortion rights through its political action committee, and organizes its members to contact members of Congress and urge them to support NARAL's positions. NARAL sponsored the March for Women's Lives in 2004. NARAL also sponsors public sex education, and tracks state and national legislation affecting laws regarding abortion, women's health and rights.

In 2005, NARAL Pro-Choice America was criticized for an ad campaign that targeted U.S. Supreme Court chief justice nominee John Roberts, and withdrew the ad. [13] The ad featured anti-abortion violence survivor Emily Lyons, and claimed that as U.S. Deputy Solicitor-General, Roberts had supported "violent fringe groups and a convicted clinic bomber". While Roberts did argue before the Supreme Court that a 19th-century statute directed against the Ku Klux Klan did not apply to protesters outside abortion clinics, the case in question occurred almost seven years before the 1998 bombing shown in the ad.[14] The ad was retracted under pressure from other pro-abortion rights groups, as undercutting the credibility of the abortion rights cause.[15]

In 2006, NARAL was criticized by some other pro-abortion rights political activists for supporting former Republicans Lincoln Chafee and Michael Bloomberg, and for supporting moderate or conservative Democrats.[16]