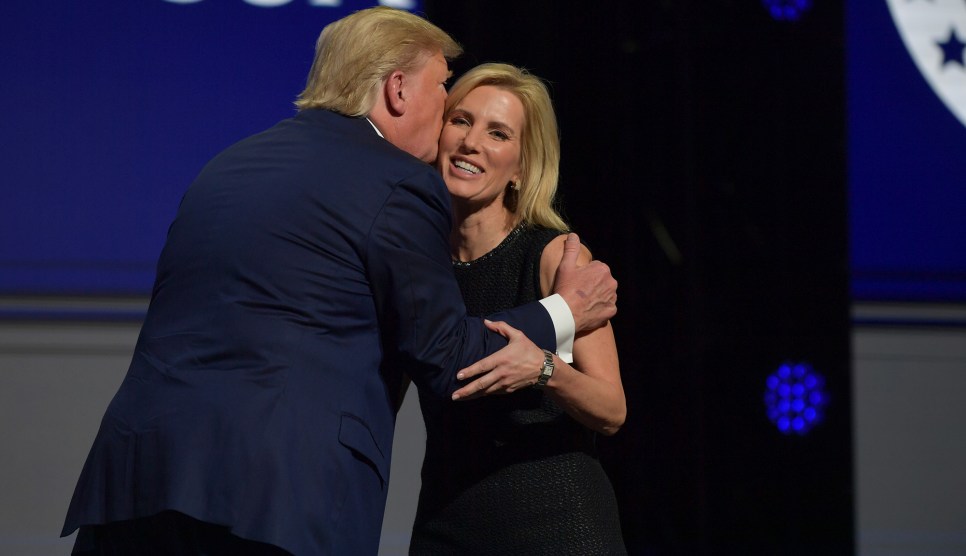 Isn’t this sweet?SMG via ZUMA

So here’s how things work on Fox News. This is from Laura Ingraham’s show a few minutes ago.

First, she invites New York state senator George Borello to discuss a bill in the state Assembly that would allow the governor to detain anyone who is “or may be” a public health risk. They both agree this is outrageous. Where’s the due process? If you’re out in the woods and someone reports you for not wearing a mask, can you be unilaterally detained? Where’s the ACLU on all this?

Quick cut, and next up is Chris Rufo, a Fox regular who’s made a name for himself by inveighing against critical race theory. Ingraham feigns an ah-hah moment: you know, she says, New York governor Andrew Cuomo has called systemic racism a public health crisis. So does this mean he could detain anyone he thinks is a racist? Rufo enthusiastically agrees. This is yet another example of liberals inventing a crisis (i.e., the COVID-19 pandemic) in order to control the movements and words of ordinary Americans.

Scary stuff, says Ingraham. Please keep on it. We’ll be back after a few words from the MyPillow guy.

Check out what’s going on here. First, there’s no bill in any serious sense of the word. This is something that was introduced years ago during the Ebola scare and has been reintroduced every year since, never even getting out of committee. Cuomo’s spox says he’s never even heard of it.

Ingraham then takes this nonexistent bill and makes it into a race thing. How? It hardly seems possible, but Ingraham manages the pretzel bending by taking something Cuomo once said—namely that high rates of COVID-19 in the Black community show that “racism is a public health crisis”—and absurdly twisting it into the scary possibility that Cuomo might start locking up anyone who tells an off-color joke. In a nutshell, it goes like this:

And that, ladies and gentlemen, is how the pros do it.